Are you thinking about providing your website in different languages? It seems easy, no? Duplicate all of the context and translate them into another language. However, this process involves a lot trickier issues than you would expect.

In order to create a multilingual website—especially if you aim to reach clients that speak languages very different to your own, such as Chinese, Russian and Arabic— it is worth having the help of professionals. For example, without proper coding, created by a specialised programmer, visitors to your site will see the text written with the letters of its alphabet but ordered into meaningless groups, that are totally illegible.

The figure of the translator is of no less importance for the success of your project. If your business aspires to excellence, you should not neglect the versions of your web pages in other languages. In this post we review some points to consider for the commissions to translate websites.

Aspects to bear in mind when translating a website

You need to be very clear about the fact that before translating the original website into other languages, you need to finalize all possible modifications. The change of a single word in the original version can result in more complex changes on the translated pages.

I was once commissioned to translate a website about olive oil into Russian. Having finished and sent the translation to the client, I visited the site to see how my work had ended up and I was left stunned: the main menu of the site invited Russian readers to “discover the culture of petroleum” instead of the “culture of oil”. It turned out that the client wanted to change the design of the page after having sent it to the translators and the webmaster, and trusting new technologies, they used the automatic Google translator to complete what still needed translating. Bad luck would have it that the English word “oil” was translated into Russian as “petroleum”. Of course, Mr Know-it-all Google had calculated that there was a greater probability of “petroleum” appearing in a Russian text than oil, and stuck down the first option.
There are languages where the nouns, pronouns and adjectives have morphological variations named declinations. For example, German, Romanian and Slavic languages have them, in such a way that the expressions “for a hotel”, “by a hotel” and “of a hotel” do not just change the preposition “for”, “by or “of”, but rather, the article or entire word changes. So, a slight stylistic variation in the original Spanish can require multiple modifications to the translations of your website. 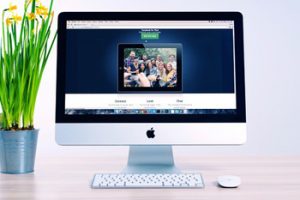 When choosing the design of your multilingual website, think about the fact that it needs to be flexible and allow modifications among versions in different languages. You should review the appearance of the translated pages in conjunction with your translator. The titles of parts and sections, the names of products that perfectly fit the design frame that has been scrupulously chosen in meetings with IT managers, may take up two lines, overlap, and cause imbalances with the page format in the translated versions. It is not always possible to translate a word or phrase from the source language into the target language with the same number or words or a similar length. Sometimes, it is necessary to look for an equivalent, that moves away from a literal translation, while also satisfying the demands of the format and sounding good in the translated version. This task requires creative work and tests the mastery of the translator.

You also need to bear in mind that languages such as Arabic and Hebrew have writing that reads from right to left, which can affect the design of the page. The same happens with Chinese, Japanese and Korean writing.

One of the most important aspects when it comes to translating your web site is to remember that promoting a product in a foreign country often means adapting the content of the site to the destination culture. It may be necessary to make linguistic changes or even modifications to the description and presentation of the business and products. So, in Germanic or Slavic cultures, talking to a client in the informal “you” can be seen as disrespectful towards the reader. Certain words or images can be too direct, difficult to understand or have a double meaning in other languages.

Taking care with the translation of slogans

Finally, not all original slogans are equally clear and catchy when translated literally into other languages. The famous Nike slogan “Just do it” is jarring when we hear it in Spanish: “Solo hazlo”. However, if the phrase contains word play, such as in the slogan of the Central Lechera Asturiana (Austurias Dairy), “Nuestra vida es la leche”, it will be lost in the translation. The English translation “Milk is our life” cannot convey the pun of “es la leche” which means “the best” or “amazing”. This means that a good translator also serves as a copywriter and has an influence of how well or badly a brand promotes itself.
Consequently, a translator is an ally in your attempt to conquer the world so choose them well!

Share this ArticleLike this article? Email it to a friend!
Email sent!
We use our own and third-party cookies to improve our services by analyzing your browsing habits. By continuing browsing, you are deemed to consent to the use of cookies by us. You can change your settings or get more information. Accept