How to communicate beyond words

The communicative situation is fundamental when transmitting the information.

However, non-verbal information also plays a vital role. Along with linguistic and situational knowledge, it helps us create our message.

In American society, people keep a minimum personal space of the length of an outstretched arm.

At the same time, this distance reduces to 50 cm in Western European cultures, and in some African cultures, it can be as little as 20cm.

Sometimes speakers have assigned spaces, and it is inappropriate to move outside of them (pupils and teacher/ judge, lawyer, accused party, victim). Also, some social spaces cannot be entered (e.g., landscaped gardens, a person’s bedroom).

Proxemic aspects are related to space, and how we understand it on a personal level, this also depends on our interlocutor and the place where the interaction takes place.

The cultural rules of our societies mainly condition the way we manage our personal space. Hall distinguishes between intimate, private, social, and public situations, and each community must define what constitutes an adequate space in each case.

Despite this, each person also manages their personal space according to their communicative intentions.

In a conversational exchange, we can choose to move closer to or further away from the interlocutor to be more persuasive and confidential or, on the contrary, appear more distant and disinterested.

Using space management, we can also try to get someone’s attention or modify the social roles of the interlocutors. For example, a teacher may choose to sit among the students when one of them is giving a talk to the other students.

Body motions are known as kinesics. 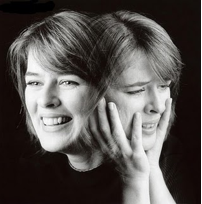 Poyatos (1994) divides these into three groups: gestures, manners, and postures.

Gestures are facial and body movements, manners are the conventional ways of carrying out actions, and posture is static communicative positions.

Using these elements, we can show our attitude when interacting with interest, boredom, indifference, or anxiety.

Some authors have created lists of gestures that convey:

Gestures and manners are also related to the speaker’s social status in such a way that depending on the communicative situation and our social role within it, we should respect a series of kinesic rules.

These rules vary from one culture to another.

Below is a table that outlines the kinesic behavior generally respected concerning an individual’s status and social power.

Chronemics can be defined as the concept, structure, and way humans use time.

Generally, these elements include conceptual, social, and interactive time.

Conceptual time refers to how time is conceived and distributed in a community.

The conception of time varies between cultures, and each has a different attitude concerning it.

In western culture, time is viewed as something valuable that one cannot waste—hence the expression “time is money.”

Social time refers to managing time in social relationships to structuring activities depending on the time of day and the amount of time set aside for those activities.

According to the culture in question, inactivity spaces and communicative silences are also managed differently.

For instance, in western cultures, the silence between two strangers sharing the same space cannot be tolerated for much time, while silence is viewed as a mark of respect in eastern culture.

Lastly, interactive time refers to the duration of signs of informational value, either because they reinforce the meaning of what is being communicated or because they change the sense of the message.

For example, about this time, we can consider the length of syllables and pauses and the relevant connotations, the speed at which certain statements are made, the duration of gestures and postures, such as a hug or prolonged hug that conveys greater affection, etc.

The study of interactive time requires extensive and detailed research into the other non-verbal communication systems, and it has received less attention than these other systems.

These are vocal elements that are necessarily considered linguistic components of the language.

We are talking about vocal quality and the vowel and the consonant sound produced by the vocal apparatus but which are not words (grunting noises, nodding, negations, or onomatopoeia).

These elements add inferential aspects that can determine information or nuance a message’s significance. For example, the exclamation “Ah!” expresses understanding, agreement, disillusion, or surprise.

At the same time, a phrase like I thought you were different can communicate disillusion, a welcome surprise, or scorn, depending on the tone used and the duration of some of the sounds.

On the other hand, the example mentioned above’s message varies considerably depending on whether it is said with a murmur, trembling voice, whisper, shrill voice, or husky voice.

These sounds do not constitute words but are used to communicate, either alone or with other paralinguistic, kinesic, or verbal signs.

These could include laughing, sobbing, sighing, shouting, coughing, or clearing one’s throat.

They can also have interjections (“Ah!”, “‘ Alas,” “Aha”), onomatopoeia (“Glug-glug,” “Miaow,” “Woof!”), other noise emissions like snoring, snuffling or groaning, and different sounds that are emotional or physiological reactions (“Uff,” “Hmm,” “Pfft,” “Oh”…).

Poyatos (1994) names these “paralinguistic differentiators” and Nussbaum (2001) “gruñemas”. They all perform functions and are of great importance in daily communication.

One example would be a cry, as it can be interpreted as fear, joy, or surprise.