While translations were considered just a kind of technical support for other more important activities, it has been determined that high-quality translation is more of an art.

According to an ancient myth recorded in the Bible, descendants of the survivors of the Great Flood decided to build a tower so tall that it could reach heaven. God, unhappy with such inappropriate ambitions, intervened by mixing the languages of the builders so that they became unable to communicate with each other, abandoned construction works, and dispersed.

In reality, Etemenanki, the Great Ziggurat of Babylon with the astonishing height of 91 meters, was sadly demolished on the orders of Alexander the Great ca. 331 BC. Although no myth should be understood too literally, communication between speakers of different languages is ever essential today.

Indeed, there is a frequent conflict between the two main dimensions of any translation —fidelity and transparency:

Depending on the context, the translator has to find an optimal compromise between the literal translation and the transparent one conveying the essence and spirit of the text, therefore engaged in essentially interpreting ambiguities of the source text caused by polysemy metaphors idioms, and cultural contexts. 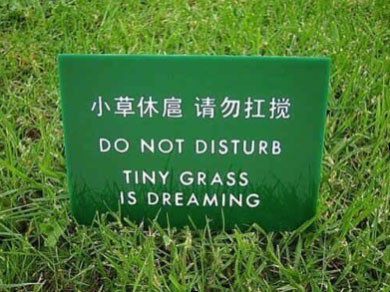 With the development of machine translation, a hope emerged that maybe soon there will be no need for employing human translators.

However, no matter how much the translation technology evolves, making the automatic translation process fully reliable and adequate without human intervention will not happen soon.

A professional translator should be not just bilingual but also bicultural, and in addition, creative and familiar with the subject matter.

Thus, it is no surprise that this may not come cheap when the highest quality translation is needed. Respectively, the question often arises as to how much translation services cost, how much in particular will be translation cost per word, and how the translation price is commonly calculated.

An example of translation from Chinese into English neglecting cultural context

As a rule, several factors are taken into account when determining translation services costs:

Respectively, the calculation of translation costs per page will be conducted based on:

That would also mean hiring an accomplished professional translator or the best company may appear to produce a better translation and, paradoxically, even less costly as work is done faster.

Translation – Communicates the substance of a source-language text by producing a target-language text with equivalent content, thus interpreting the meaning of the source text and attempting to make precisely the same meaning in another language. The translation is characterized by fidelity (i.e., faithfully conveying the whole purpose of the original text) and transparency (i.e., producing grammatically correct and idiomatic text marked by full functional equivalence, to be perceived as if made by a native speaker in their language). In reality, these two objectives cannot always be achieved simultaneously, so most translations seek an optimal compromise between these two aims.

Translation costs – Translations charged rates that may be agreed on at the beginning of any specific translation order or may apply on a flat fee basis across different projects. The calculation of costs for any given text and language pair is conducted based on the number of standard pages or, more frequently, the total word count or per number of hours required to complete the whole assignment. A price per word methodology is considered a more fair and reliable way to ensure accurate and predictable pricing. Actual rates may also vary depending on specific details such as the document’s urgency, service type, and importance or complexity.

Cultural context – Factors of culture, situation, and circumstances influence a source document’s meaning and the conveyed meaning in the produced translation. Therefore, the translator should be well aware of the cultural nuances of both the languages involved and other circumstantial specificities, as translation implies more than just a word-by-word replacement from one language to the other. Cultural misinterpretations have led and can lead to misunderstandings and conflicts that cause losses on a massive scale for all parties involved.