During the last few decades, video games have become one of the most visible aspects of the new globalized culture, attracting millions of passionate fans who closely follow the development of their favorite titles.

Videogames industry is also among the most rapidly developing segments of the global economy. 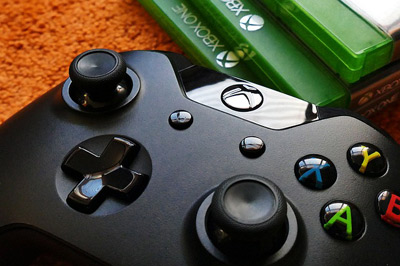 According to the market research firm SuperData Research, games generated an astounding USD 91 billion worldwide in 2016, with the lion’s share of the market divided between the US, Europe, and Asia, while Latin America and Africa lag far behind in terms of sales.

Currently, the growth of the videogame industry is driven mainly by the Asian markets, but the rest of the developing world is expected to start catching up.

In market segments, increasingly popular mobile games played on smartphones make the largest and most rapidly growing market, driven by blockbuster hits like Pokémon Go, Monster Strike, and Clash Royale. Other significant industry segments such as retail games and free-to-play online games are increasingly rivaled by fast-growing new categories such as virtual reality and e-sports.

However, one must be careful because game localization is tricky, as poor localization planning may dramatically increase production costs and alienate local customers. So, one of the video game mega-companies, Nintendo, spent the first quarter of 2016 embroiled in a row rich in accusations over sexism, homophobia, and child pornography due to insufficient attention to localization sensitivities.

In addition, game manufacturers often choose to simultaneously release to market several language versions of a new game to ride the initial wave of interest. Also, as platforms have become more complex and influential in the type of presented material and the development teams in the industry grow, the cost of production and support services has increased steeply.

The overall state of video game localization quality is still in need of improvement, as demonstrated by the vast expenditures needed to correct frequent localization errors. Re-adapting and re-engineering a deliverable product for a global market is more complex and expensive than internationalizing. However, equally important is to start translating the game at an early stage of the game development.

Glossary used in this article on videogame localization service

• Localization is the process of adapting a service, product, or content to a specific locale or market, primarily through translating all necessary documents and texts into the local language but also using local formats, symbols, presentation style, and other regional specificities, making the product competitive in the local market.

• Video game localization is adjusting videogame software and hardware for sale in a specific locale.

While video game translation (i.e., translating texts seen or heard while playing the game) is essential for localization. Other changes need to be introduced, such as changing the artistic design, creating new interfaces and tutorials, recording new audio materials, and sometimes even redesigning hardware.

There are cases when whole portions of a game need to be cut out or replaced due to specific cultural or confessional sensitivities. This work is often outsourced to experienced video game localization companies to avoid costly mistakes.

• Videogame internationalization is the process of design and creation of a videogame, ensuring it can be easily localized, i.e., adapted to various languages, cultural environments, and regions, without requiring redesigning and re-engineering changes to the source codes and other essential game structures.

• Locale is a set of local characteristics that define the language, region, culture, and other particular preferences and formats that enable a product or a service to be fully competitive in a local market through the localization process. Usually, the locale is identified by the geographic region, cultural specificity, and language(s) used, along with other possible identifiers.