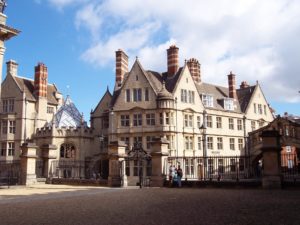 If you need to hire an English translation with a quality guarantee,

Ask for a free quote

At present, English is a very active language and translating English is one of the activities we carry out on a daily basis at SIGNEWORDS

→ through our professional translation services.

This language is used in both public (administration, television and radio or education) and private sectors (written press, business, production and social networks).

Consequently, we think that it is very important to offer a professional english translation service,

→ in order to satisfy the demand for information and communication in this language.

Therefore, we have a skilled and efficient team of native English translators, who carry out their job with professionalism and rigor.

A little history to better understand our English translation service

English is a Germanic language that which has received French, Germanic and Latin influences throughout its history and that, thanks to its:

➥ It is the official language of:

➥ And the co-official language in some territories such as:

Third most spoken language in the world

To be precise, is the mother tongue of 360 million people, and 508 million people use it as a second or third language and it is calculated that in total there are more than one billion English speakers.

Therefore, it is viewed as the primary language of international discourse and the lingua franca in lots of regions, so it is studied in the schools from an early age. Only Chinese and Spanish surpass in terms of the number of speakers.

For these reasons, English is the most popular language on the net and it is calculated that the 13% of internet users use it as a vehicular language.

Consequently, after Chinese and Spanish, it is the language which has experienced the largest increase in internet users, with the number rising by 157%.

If you need to carry an English translation out and you are looking for a good native translator,

➤ at SIGNEWORDS we are here to assist you.