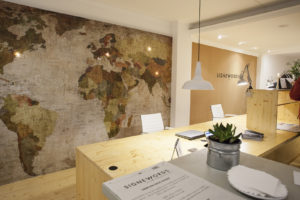 3 basic options, to be decided upon on a case by case basis – depending on the needs of each company and its objectives

1. Content creation tailored to a specific language or country, within multilingual communication services

We work with our teams in every language, who ensure high quality in our multilingual communication services.

These teams are made up of translators, editors, journalists and linguists with whom we create web content, in addition to performing other content-related tasks such as the upkeep of blogs and newsletters.

We provide general and technical language services; in the latter case, our editorial teams work with professionals from each specialism.

We create language teams for every language ➤ made up of professionals who live partly in their home countries and partly here.

When creating a transversal team for a project ➤ the tasks:

Within this framework, there are two options, which are:

a. Each language in each country. In this case, the language takes precedence and we can either:

b. Each country that uses the language. In this case, the specific country takes precedence and the local variation will be used.

This means that texts will be created for each country and, even if certain countries use the same language, the content of each of them will be different, because their cultures are different.

To keep things simple and straightforward, the most effective option is the 1st option, i.e. ➤ using the standard version which integrates the different variations of each language.

The other two imply either the creation of several texts for one same message or may result in the message being less accessible to a wider readership.

➤ Of course, these options are possible and viable, but we suggest opting for them only when there are clear, tangible benefits or when useful for specific reasons. 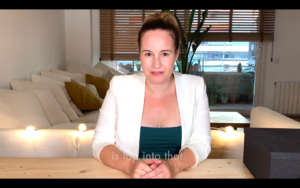 This service should not be confused with text localization, which is automatically applied to translations for them to be valid and correct.

➤ This service is designed for companies that do not want standard translations but need their texts to be adapted specifically to the different target cultures.

This adaptation entails some technical requirements which we explain to the client on a case by case basis, by asking a series of questions and studying each situation.

➤ It is a service which meets different tangible parameters defined with the client requesting the service.

If using keywords, we can give priority to the creation of content in the language (of variation of the language) in which the client has a particular interest, whichever it may be.

From this, we do not translate texts into the required languages; instead, we create new content starting from the source, using specific keywords for each language.

These texts are written from scratch in the target language by a native copywriter who also knows the source language very well.

For transcreations, it is a good idea to use the standard variations we are most interested in each language, considering that the readership may include, for example, European French speakers or Canadian French speakers, American English or Irish English speakers, etc.

Some clients want translations to be 100% faithful to the source (while of course respecting the grammatical limits of the target language) and prefer to avoid too many changes so as not to alter the style of the original message.

However, a translation can also be adapted to the target language ➤ It depends on the personal preference of each client or the needs of a given project. We can help you to define this.

↻ Any of the above-mentioned options are good solutions for a company or an international project.

We can research which would be the best in each case:

This study is carried out according to certain specifications that we ask the client to analyze.

It can be done for every language, to obtain an integrated and controlled project, coordinated by the same team who works with the client, in an organized and focused fashion but with an international scope.

This approach produces the desired effect ➤ the message is conveyed with complete coherence and elegance while remaining faithful to the source, which is the end goal.